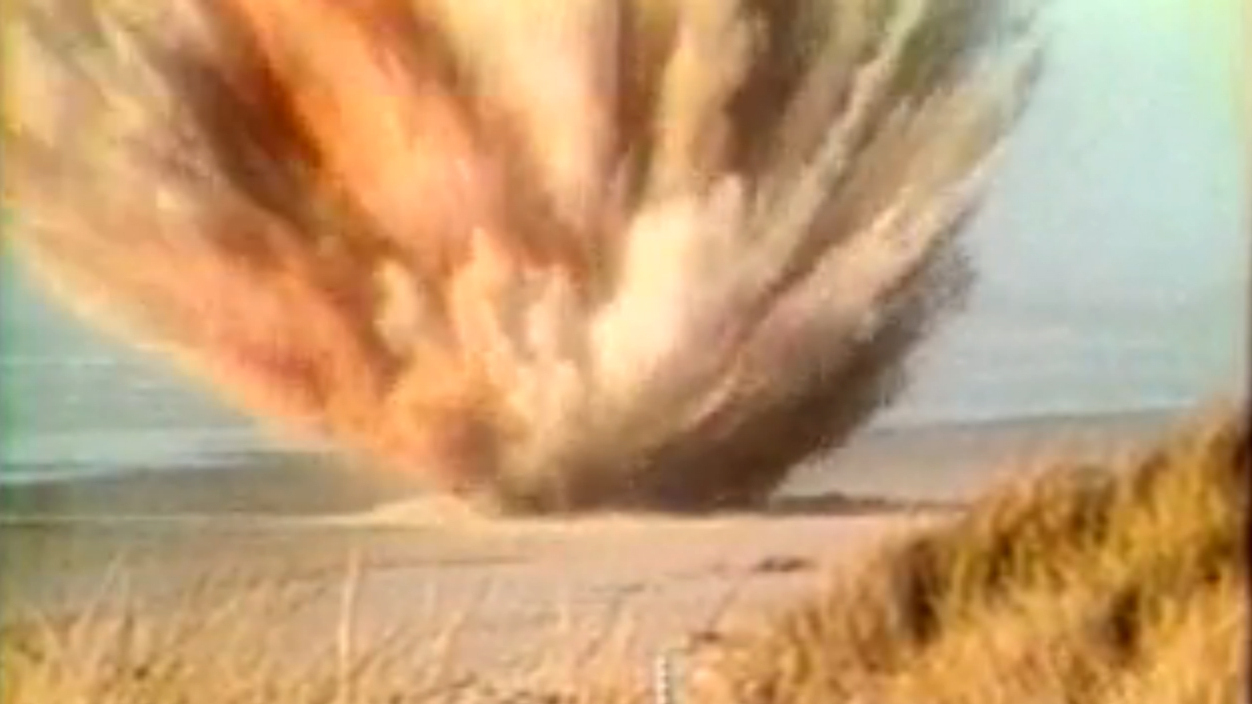 The Park is Named What?

One of the best things to do while visiting the Oregon coast is to make your way to some of our many State and local parks. We personally love learning the history behind each park’s namesake as it teaches us something about our home and history. Since you love to visit the coast, we thought you might like to learn more about the parks as well, so we’ll be sharing the stories behind some of our favorite park names. Of course, we have to start with Exploding Whale Memorial Park in Florence.

You may know that famous figure skater Tonya Harding was born in Portland, Oregon on 11/9/70. You may not know that on that same day in Florence, Oregon, engineers came up with what they thought was an innovative way to solve the problem of a large beached whale carcass. Now, 50 years later, you can visit Exploding Whale Memorial Park to learn about what exactly happened on the Oregon coast that day in 1970 and enjoy some beach time, too.

On November 9, 1970, a 45 foot, eight-ton sperm whale body washed onto a beach near Florence, about a mile south from the mouth of the Siuslaw River. This spectacle drew enormous attention as people flooded the beach to see it. Nobody was quite sure what to do in this situation, but the smell became so overwhelming that officials had to do something. According to KATU reporter Paul Linnman, “It had been so long since a whale washed up in Lane County, nobody could remember how to get rid of one.”

Officials began weighing their options. Burying the whale would require heavy equipment, a lot of time, and waves would eventually wash away the sand covering the carcass. Burning it wasn’t an option, it would be unsafe and take forever. Enter the Oregon Department of Transportation. Locals thought that since ODOT was experienced at clearing boulders and fallen trees from roadways, surely they could help with the whale. Together, they decided to handle the whale the same way they take care of said boulders…dynamite. Thinking that the dynamite would disintegrate the majority of the whale, and seagulls and other animals would handle the rest, they got to work.

On November 12th, engineers managed to get 20 cases of explosives in the sand under the whale. KATU news, along with local and visiting bystanders, lined the beach to watch. One ‘lucky’ engineer set off the charge and we’re guessing everyone had a feeling of immediate regret. The huge explosion, which was being filmed, sent chunks of whale into the sky as bystanders ran and ducked for cover from the flying blubber. Some pieces were as large as 3 square feet, and one even landed on a car and completely caved in the roof. Thankfully, no one was hurt, but the whole fiasco left a big, messy impression on those present. If they thought the smell was bad at first, this only made it worse. Thanks to news coverage and footage, this tale of the exploding whale spread far and wide and became a little piece of local legend. Now, 50 years later, Florence named a new Oregon State Park after the exploding whale event. Isn’t history a wonderfully odd thing? Park amenities include a shelter with picnic tables and a grassy area to enjoy on a sunny day. There is a new parking lot complete with bike racks and a sidewalk connection to Rhododendron Drive. You can also find a new gravel multi-use path and a four-foot opening to allow ADA access as well as a route to bring your canoe or kayak to the river. You can find more on the park here. You can also visit sweethomesrentals.com to book your Oregon coast getaway at a beautiful oceanfront home not far from this peculiar park.